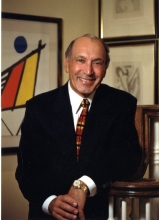 Augustus “Gus” Miller, Chairman/Campaign Chair (2010‐2017), is Chairman and CEO of Miller Oil Company, a privately held, family‐owned company that he founded in 1977 following the purchase of Exxon’s home heating oil business. Under Mr. Miller’s direction, the company diversified and expanded in many directions and was listed on INC. magazine’s annual list of fastest growing companies. Mr. Miller served on the Smithsonian National Board from 2001‐2006. A collector of fine art and rare books, Mr. Miller has been Chairman of the board of the Chrysler Museum, and a member of the boards of the Virginia Marine Science Museum, Towne Bank, and the Old Dominion University Real Estate Board. He is the former Chair of the Children’s Foundation and Health System and now serves as Chairman of its capital campaign. Mr. Miller and his wife, Deanne, have organized the Miller Oil Foundation and serve as the governing committee. He served on the President’s Advisory Committee on the Arts (Kennedy Center) and the National Petroleum Council. Mrs. Miller is a member of the National Symphony Board. Gus and his wife Deanne have three sons, six grandchildren, and one great-grandchild. They have homes in Virginia Beach, Washington, DC, and Palm Beach, FL.