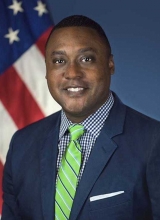 Prior to joining APCO, Mr. Neal founded and served as the CEO of a political strategy firm in Washington, D.C., and served as a senior advisor to Mayor Pete Buttigieg and the Pete for America Presidential Campaign. He has served in senior positions on Capitol Hill, including as senior advisor, national political director, and deputy chief of staff for a high-ranking Democratic Member of U.S. Congress. He previously served as the national political director at the Democratic National Committee, following his tenure as a senior advisor to the U.S. Secretary of Transportation and Director of the Office of Small Business in the Obama Administration. As a senior executive service member and a part of the U.S. Department of Transportation’s key leadership team, he provided management and direction on contracting opportunities throughout USDOT with the business community.

Neal also previously served as a finance director at the Obama for America (OFA) Headquarters in Chicago. He was responsible for raising money from business leaders and high-profile donors from across the country. He was also the liaison between business leaders, celebrities and entertainers, athletes, and he worked closely with the members of the National Finance Committee (NFC), consisting of 300 CEOs and senior executives of small and large businesses.

Prior to the Obama campaign, Neal served at the Democratic Governors Association (DGA) in Washington, D.C. He was the deputy political director and was promoted to director of external affairs. Prior to DGA, Neal served as a national director and on the senior leadership team for the nation’s largest and oldest civil rights organization in the country. He received his bachelor’s degree from Howard University and Master of Public Administration from the School of Public Affairs at The American University. He currently serves on the Smithsonian Libraries Advisory Board.