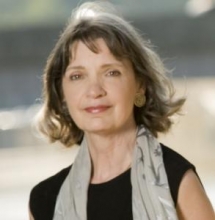 Katherine Neville was for twenty years an international computer expert, systems consultant, and corporate executive, designing large-scale telecommunications systems, principally in the fields of energy, transportation and finance - a career that took her to live in six countries on three continents, and in more that twenty states in the USA. She numbered among her many clients and employers: IBM, the Department of Energy, the Algerian Ministry of Industry and Energy, OPEC, and the Bank of America - where, at the end of her career, she was Vice President for travelers cheques and international currency exchange. In-between jobs, and while in school, Neville worked as a waiter and busboy, a portrait painter, commercial photographer and fashion model. Always a devotee of African culture, she did her Masters studies in African literature and she collects African art. She has used all of these experiences to enrich her novels.

Neville's award-winning first novel, The Eight (1988), launched her literary career and was recently voted, in a national poll by the noted Spanish journal El Pais, as one of the top ten books of all time. Her books have been translated into 40 languages in more than 80 countries, and have pleased tens of millions of readers around the world.

She is also one of 32 sponsoring co-founders of the International Thriller Writers organization, and an annual co-chair of the Authors Guild Foundation, a member of the Monticello Cabinet, and she has been a keynote speaker or invited guest at diverse venues like the Today Show, theAteneo de Madrid, the Voice of America, the Turkish Culture Ministry in Ankara, the World Affairs Conference in Boulder Colorado, the Orkney Science Fair in Scotland, National Public Radio, PBS, The Kennedy Center Irish Festival, The Library of Congress, and The Smithsonian Associates program. She lives in Virginia, Washington DC and Santa Fe, NM.