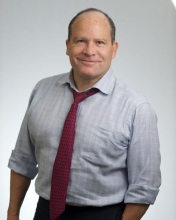 Michael Loeb is a serial entrepreneur and venture investor. Michael’s first entrepreneurial endeavor was Synapse Group which revolutionized the marketing and sustaining of magazine and newspaper subscriptions and sold to TWX for $800 million in 2006. Incubated inside of Synapse was Priceline, which was founded by Synapse’s co-founder, Jay Walker, and co-funded by Michael. In 2007 Michael founded Loeb Enterprises (LE) with partner Rich Vogel. LE, and its lab Loeb.nyc, has been described as a ‘company factory’ - our capital, our talent - developing both home-grown and early-stage external business models. Today Loeb.nyc is building 10 companies, the biggest of which is ScriptRelief, a joint venture with United Health, now with over 9 million customers and recently valued over $1bb. While on the surface our fields of play appear disparate, there are common threads: big spaces rip for destruction; massive market inefficiencies; technology enables solutions; valuable consumer propositions.