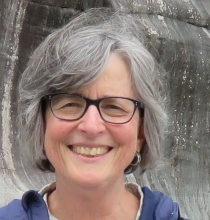 Eva Pell has had an extensive career as a plant pathologist and science administrator. Known internationally for her research studying the effects of air pollution on vegetation, she served on the faculty in the Department of Plant Pathology at Penn State University for 26 years. From 1999-2009 she served as Vice President and then Senior Vice President for Research and Dean of the Graduate School. She oversaw the graduate education of more than 10,000 students/year. She spearheaded the development of cross-disciplinary institutes for life sciences, materials, energy and environment, social sciences, cyber science, and arts and humanities. She was also responsible for sponsored research, compliance and the university’s animal research center. In addition, she was responsible for the Penn State Research and Technology Transfer Organization. In 2013 the university recognized her contributions by naming a new building after her, the “Eva J. Pell Laboratory for Advance Biological Research.”
In 2010 Eva joined the Smithsonian as Under Secretary for Science where she was responsible for the National Museum of Natural History; the National Air and Space Museum; the National Zoo and its Conservation and Research Center in Front Royal, Va.; the Smithsonian Astrophysical Observatory in Cambridge, Mass.; the Smithsonian Environmental Research Center in Edgewater, Md.; the Smithsonian’s Museum Conservation Institute in Suitland, Md.; and the Smithsonian Tropical Research Institute in Panama. While Under Secretary she initiated a pan-institutional approach to research and scholarship. One of the early successes of this effort was the establishment of the Tennenbaum Marine Observatories Network, a worldwide network of coastal ecological field sites to measure biological change. Upon her retirement the Smithsonian Board of Regents honored Eva with the Joseph Henry Medal for exceptional service.
Eva holds a B.S. in Biology from the City College of the City University of New York and a Ph.D. in Plant Biology from Rutgers University. She resides in State College, Pennsylvania with her husband Ira. The Pells have two grown daughters and three grandchildren.