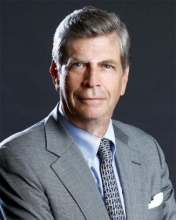 d Rapp is Principal at Veltro Advisors, Inc. Previously he was president and CEO of NERA Economic Consulting, a major multinational economic consulting firm for 18 years, from 1988 through 2005. Under his leadership the firm grew to global scale with successful expansions into Europe, Asia, Australia and within the U.S.

Richard served for many years as a member of the board of directors and management committee of his firm’s parent which included specialty businesses in actuarial and human resource consulting, change management, brand identity, and general management consulting. He also served on the board of directors and the executive committee of the Legal Aid Society of New York from 1992 to 2005. His experience encompasses nearly every aspect of professional service firm management including, for example, business forecasting, budgeting, cost control, office and practice expansions, and lateral hiring.

From 1977 through 2014 Richard served as an expert economist in the fields of antitrust and intellectual property and testified many times in federal courts, regulatory forums and arbitral proceedings. Earlier, Richard was Associate Professor at the State University of New York at Stony Brook and an award-winning author of books and articles on international trade rivalry and economic decline.

He was awarded a BA in economics from Brooklyn College and an M.A. and Ph.D. in Economic History from the University of Pennsylvania. In 1976 he was a member in residence at the Institute for Advanced Study. Richard and his wife live in New York. They have been members of the National Council of the Santa Fe Opera for many years.