Tropical Fishes of the East Indies 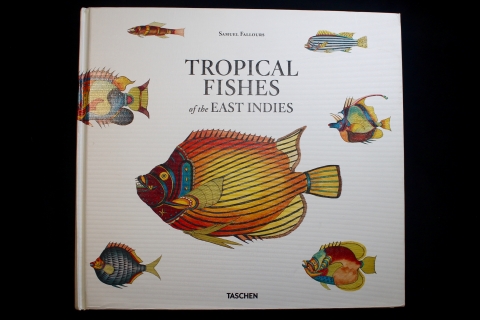 Tropical fishes of the East Indies

Samuel Fallours was working for the Dutch East India Company in the early 1700s on the island of Ambon (part of present day Indonesia) as a clergyman’s assistant. Having an artistic talent, he made drawings of local fish, crustaceans, and other marine organisms from the Indian Ocean. The illustrations he drew, so vivid and bright, even surrealistic, are considered to be among the finest natural history illustrations ever made. Though some of the fauna are certainly fantastic and embellished with imaginary features (suns, moons, stars, heads with hats) most of the drawings are valued as still having scientific merit. His drawings were copied many times and show up, sometimes unattributed to Fallours, in other ichthyological and natural history publications and manuscripts of the 18th and 19th centuries.