Arms & C. of the Hottentots 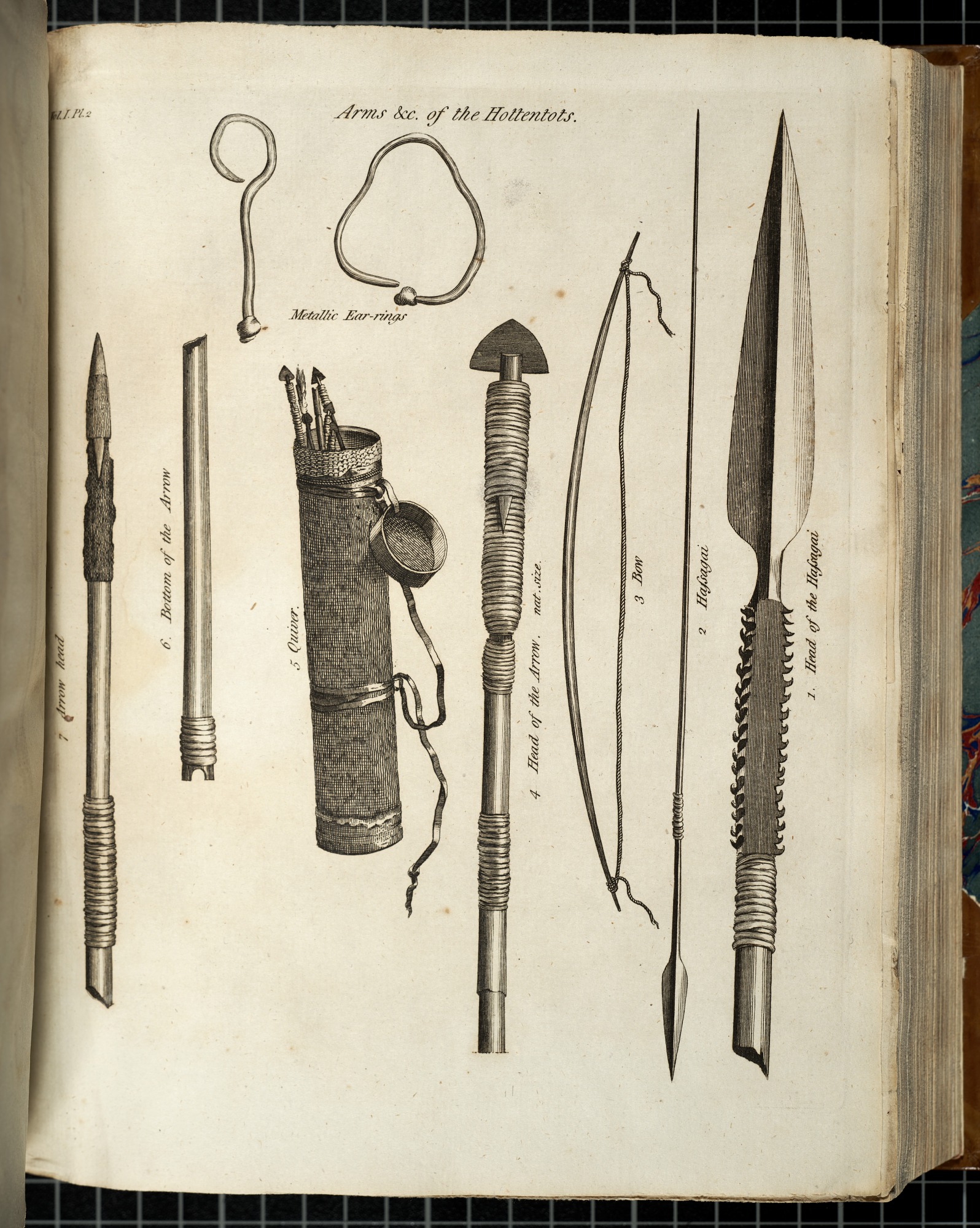 Image ID: SIL-SIL28-290-02
Cite this: Sparrman, Anders. 1786. A voyage to the Cape of Good Hope, towards the Antarctic polar circle, and round the world : but chiefly into the country of the Hottentots and Caffres, from the year 1772 to 1776 translated from the Swedish original v. 1, London : Printed for G.G.J. & J. Robinson.
Supplied Caption: Swedish botanist Anders Sparrman went to the Cape in 1772 to document plant life. His book includes both botanical data and his observations of the Khoikhoi, a tribal group of herdsmen. (Europeans widely referred to the Khoikhoi as Hottentots, a term now ...
Original Caption: Arms & C. of the Hottentots
Tag(s): Travel and Voyages, World Cultures, Art of African Exploration
Topic(s): African History
Find in: Library Catalog
Download: Image
No Copyright - United States
Request copy of image
How can I use this image?