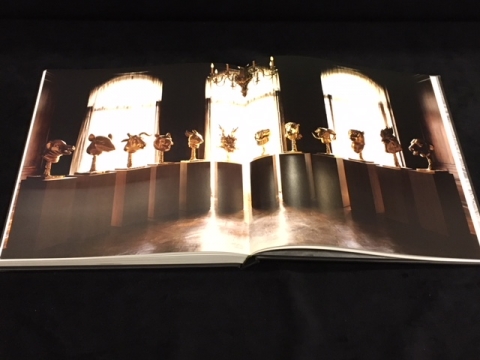 Ai Weiwei : circle of animals / edited and with an introduction by Susan Delson.

This exhibition catalog explores the 2010 monumental work Circle of Animals/Zodiac Heads, created by internationally acclaimed contemporary Chinese artist and social activist Ai Weiwei. The work is a reimagining of a Qing dynasty zodiac water-clock system at the Old Summer Palace near Beijing, which was looted in 1850 during the Second Opium War. Ai reinterpreted the original fountainheads in a gold series and a bronze series, as his first monumental public art installation. Ai’s work explores ideas about authenticity and reproduction, examines how contemporary culture creates value, and focuses attention on the links between the appropriation of symbols and the representations of cultural identity and nationalist pride. Circle of Animals/Zodiac Heads was the focal point of an international, multi-year touring exhibition that travelled the United States, Europe, and Asia. Ai was prevented from attending the exhibition after being detained by Chinese authorities for allegedly committing economic crimes, and remained under strict travel restrictions and heavy government surveillance until 2015.