Antique Works of Art from Benin 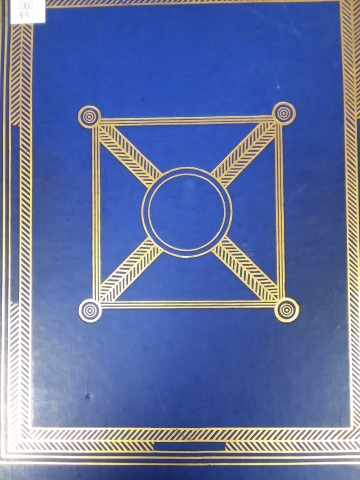 In 1897, an unauthorized party of 250 British merchants and African soldiers disguised as porters approached the powerful city of Benin, located in what is now southern Nigeria, intending to overthrow its king and reestablish a once lucrative trade outpost. They were ambushed en route, only two men survived. In revenge, the British sent a punitive expedition to Benin which destroyed the city. The gorgeous objects presented in this book, evidence of a sophisticated culture at least five hundred years old, were stolen as war booty and taken back to Britain to be sold as exquisite curiosities to museums and private collectors. Lane-Fox (1827-1900) bought a large number of the Benin antiquities for the museum that bears his name, the Pitt Rivers Museum in Oxford, England. Fifty photographic plates show bas-relief plaques, regalia, jewelry, ceremonial weapons, bells, and other objects made of bronze, iron, ivory, and wood. Benin antiquities today are proudly exhibited in many Western museums, but remain highly controversial in the vortex of the 21st century cultural repatriation battle.