Aranei, or A Natural History of Spiders 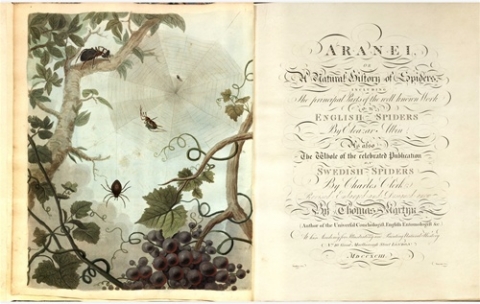 Aranei, or a natural history of spiders : including the principal parts of the well known work on English spiders by Eleazar Albin, as also the whole of the celebrated publication on Swedish spiders by Charles Clerk / / revised, enlarged and designed anew by Thomas Martyn, author of the Universal conchologist, English entomologist, &c., at his Academy for Illustrating and Painting Natural History, no. 10 Great Marlborough Street, London