The Autobiography of W. E. B. Du Bois 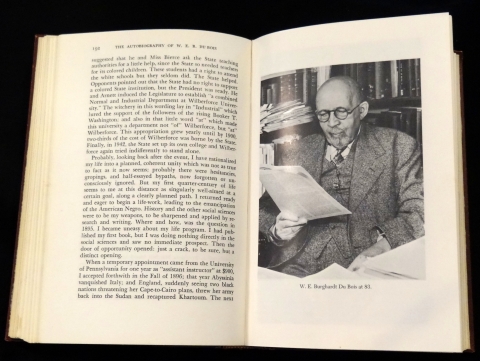 The autobiography of W. E. B. Du Bois; a soliloquy on viewing my life from the last decade of its first century

Published five years after his death, the editor of Autobiography of W. E. B. Du Bois incorporated selected works related to certain passages’ subjects. William Edward Burghardt Du Bois (1868-1963) was an African American author and civil rights activist who focused on advancing education and representation for African Americans. The last of his three autobiographies, this work expanded on his previous essays to provide a new reflective perspective on his 9 decades of life. Du Bois left the reader with thoughts on how to improve America in his postlude, saying, “I know the United States … It is my country and the land of my fathers … But it is selling its birthright. It is betraying its mighty destiny” (419). Unlike most posthumously published autobiographies, very few changes were made to the original text, only clearing up a few names and dates.