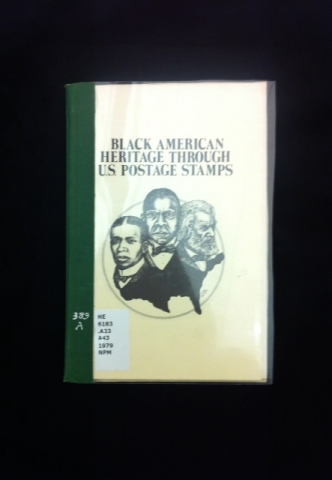 This thin, 26 page booklet has both color portraits and black and white pencil sketches of prominent heroes of Black History. Written by three Black doctors, it was published in Washington, D.C. Part One is arranged in chronological order based on significant events in American history. For example, two Black heroes of the American Revolution (the first Blacks to fight at Bunker Hill), three Black heroes of the Civil Rights Movement, two Black heroes in education, one hero in literature, one scientist, and two heroes in the arts. Part Two covers significant subjects, such as the Thirteenth Amendment. And Part Three covers Black stamp designers. The book ends with a timeline, beginning at 1940, of Black Americans on U.S. postage stamps.