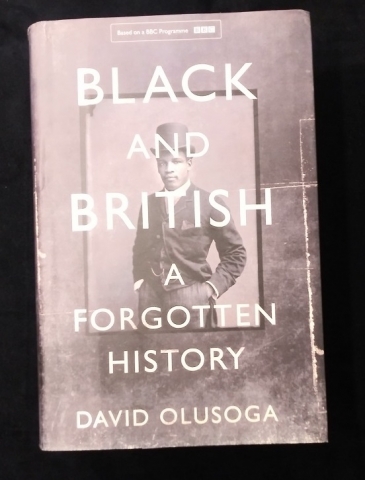 Black and British: a forgotten history

'To me black history is everyone’s history. It's the long, often tragic and always surprising story of Britain’s relationship with Africa and her peoples, both here in Britain but also in Africa and across the Caribbean and North America, and most of it is little known. It’s a a major part of the story of us all.' --David Olusoga

David Olusoga's spirited re-examination of a shared history, Black and British: A Forgotten History, was published to accompany the BBC Two series that debuted in Autumn 2016. Drawing on new genetic and genealogical research, original records, expert testimony, and contemporary interviews, Black and British lunges back into eras where one would assume there was no prominent African presence in Britain. Wrapped into his research are revelations of the contradictions in British society, like the warm and humane welcome of Frederick Douglass during his visits in the late 19th century, while also clinging to the interests and wealth of the American Slave Trade in Britain. David Olusoga’s work branches beyond the confines of Britain, orbiting the diaspora of black people, empowering him to untangle the threads of British involvement in slavery and how it has influenced the broader ideals of race even today.