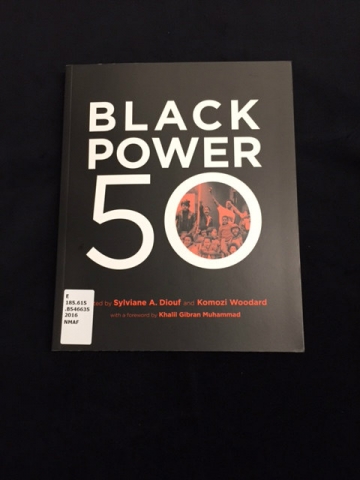 Black Power 50 / / edited by Sylviane A. Diouf and Komozi Woodward

Since its introduction as a slogan in 1966, the term "Black Power" has inspired and shaped African American consciousness in remarkable ways. For many Americans, the idea of Black Power has restructured goals and redefined success. It has also inspired a new generation of activists who continue to build on the potency of these two simple words. Black Power 50 is a captivating introduction to the Black Power movement. The book includes interviews with notable figures from the movement's inception, essays from today’s top Black Power scholars, and more than 100 spectacular images.