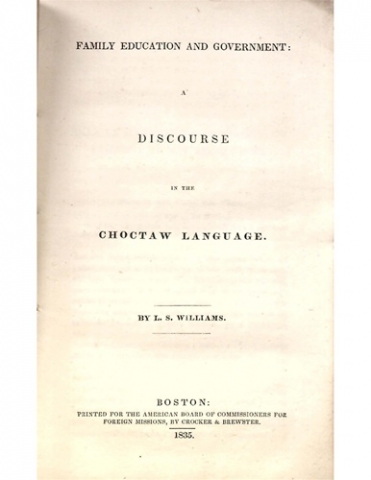 Family education and government : a discourse in the Choctaw language

North American Indian languages have been a strong research interest at the Smithsonian Institution virtually since its founding.  SI Libraries holds about 20 published texts in Choctaw – primarily grammars, glossaries, and translations of the Bible. This work is particularly interesting in that it seems to be a translation of an early-19th century English pamphlet on domestic and social life, albeit within a strong religious context.