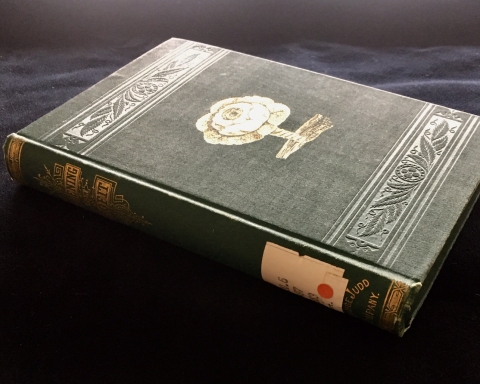 Gardening for profit : a guide to the successful cultivation of the market and family garden

The first edition of Peter Henderson’s Gardening for Profit was published in 1867, two years after the Civil War ended, and sold 100,000 copies. It’s considered the first book written on market gardening in the United States. Market gardening is defined as small scale production of fruits, vegetables and flowers, from less than an acre to a few acres. In today's world, you may meet a market gardener at your local farmer's market. The book is also often credited for educating many Civil War veterans in growing food for sale and providing them with a livelihood. The Botany and Horticulture library holds the second edition which Mr. Henderson states was written because he felt, “ that it [first edition] was too hurriedly done and far from complete”. The second edition also allowed him to incorporate suggestions made by readers. He is known to have personally read every letter he received in the course of 45 years of business.

Peter Henderson was born in Scotland, came to the U.S. at 21 years old, worked under nurserymen Grant Thorburn and Robert Buist, and became a market gardener four years later. In 1871, he established a seed company called Peter Henderson & Company which developed vegetables and flowers suited to the American climate.