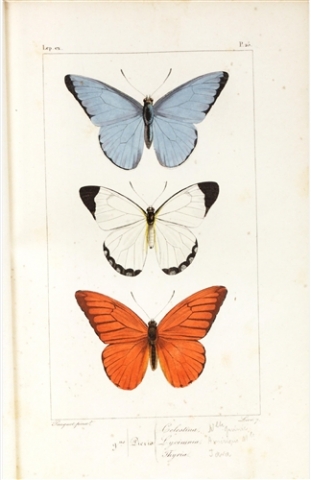 Pierre Hippolyte Lucas (1815?-1899) began his career in science at 13 as an apprentice preparator in the zoological laboratory of the Muséum Nationale d'Histoire Naturelle in Paris. He became a respected expert on several orders of invertebrates and wrote up the specimens of several important French expeditions. Held by only 6 libraries in the U.S., the present work is on non-European butterflies, including species from Australia and other areas in the Pacific. The Smithsonian Libraries holds 14 of Lucas's works, including the second edition (Paris, 1845) of the present title and its companion volume on European butterflies.