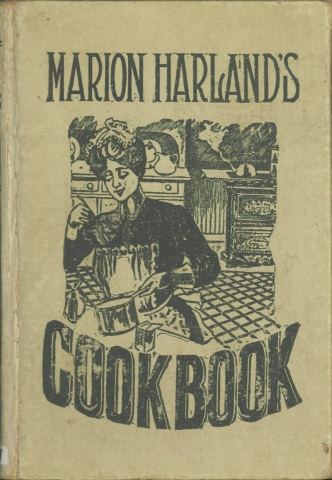 There were few writers of the 19th century as prolific or variegated as Mary Virginia Tehune, who was best known by her nom de plume Marion Harland. Her dozens of fiction books appealed to women readers throughout America through idealized domesticity, sensational yet tasteful romance, and progressive criticism of the antebellum institutions of slavery and male-dominated marriage, a rare quality among Southern writers of the time. But her non-fiction books, covering all aspects of the care of the home, made her a literal household name, with her volumes resting on many homemakers' shelves for ready reference. The Smithsonian Libraries Research Annex’s copy is one such example, annotated in several hands from the early 20th century describing planned meals, clarifying techniques, and the annotators’ special twist on Harland’s recipes.