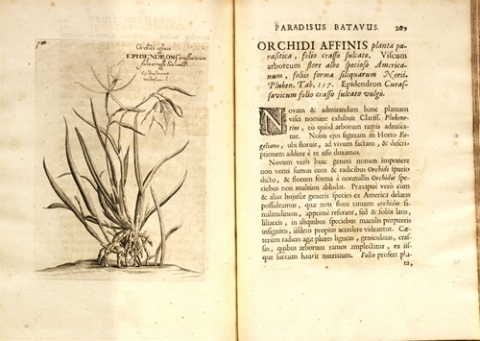 Hermann, a physician and botanist, traveled to Africa, India, and Ceylon in the service of the Dutch East India Company and later served as the director of the famous botanic garden at the University of Leiden. In this work he published detailed descriptions and illustrations of the garden's plants, organized in accordance with the classification system of the great pre-Linnaean systematist Joseph Tournefort, under whom Hermann had studied in Paris.