The Weary Blues
by Langston Hughes 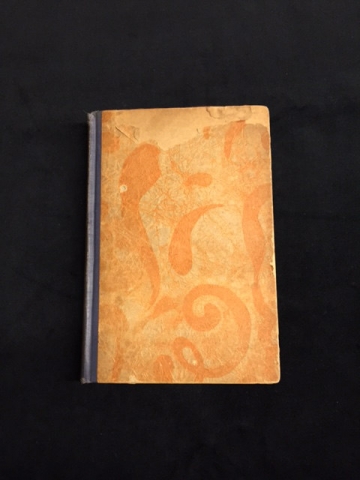 "Droning a drowsy syncopated tune; Rocking back and forth to a mellow croon..." So begins "The Weary Blues," a lyrical poem written by Langston Hughes, a leading contributor to the Harlem Renaissance movement, and one of the greatest and most prolific writers in American literary history. During his lifetime, Hughes wrote countless poetry, plays, short stories, and novels, and was known for writing about the struggles, triumphs, celebrations, and the every-day lives of African Americans in the 1920s, 30s, 40s, and 50s, right up until his death in the 1960s. Hughes also had a variety of odd jobs throughout his life - among them as a ship steward, which allowed him to travel to Africa and Europe. In 1924, Hughes moved to Washington, D.C., and in 1926 his first book of poetry, The Weary Blues, was published by Alfred A. Knopf. Hughes was only 25 years old at the time, and the award-winning book gave him the money he needed to complete his studies at Lincoln University in Pennsylvania.

This particular copy of The Weary Blues, a first edition published in 1926, has the publisher’s binding with gilt-lettered blue cloth spine, and decorated orange esparto grass paper boards, and has been signed by the famous writer - "very sincerely, Langston Hughes, Washington, April 23, 1926."

This book is an early 20th century volume quarter bound in decorative orange paper and blue bookcloth. The bookcloth on the spine is damaged at the headcap. The decorative paper has areas of delamination and loss. The pages at the front and back of the volume have significant foxing. The book is signed by the author on the front loose endpaper. Conservators will repair the endcap and stabilize the paper cover, re-adhering the pieces of the paper that are detached. An acid free custom double tray box will be created to house this fragile item.