View materials purchased by funds from this endowment 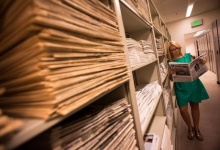 Michael Gooden cherished his time at the Smithsonian Museums on the National Mall while his children were growing up. On Sunday afternoons, they would enjoy relics at the Air and Space Museum,
treasures at the Natural History Museum, and impressive artifacts at American History. Once Michael was invited to become involved with the Smithsonian through the Libraries, he jumped at the chance. Michael has since become deeply involved with the Libraries for the past 10 years and is an emeritus Advisory Board member. He concluded his term on the Advisory Board as Vice-Chair.

Michael and his wife Diane established an unrestricted endowment in 2002 to provide a stable future for the Libraries. His passion for the Smithsonian Libraries extends beyond his service to the Advisory Board: with this unrestricted endowment, the Libraries will have the freedom to support programs and acquisitions of the highest need for our curatorial and research staff to keep developing new and exciting exhibitions for the American people for years to come. 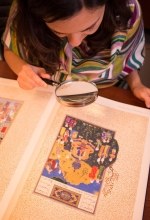 Inspired by the sheer wealth of information available through the museums and scholarly output of the Smithsonian, Michael wanted to support the Libraries’ mission of enhancing the discovery of information in the collections for Smithsonian scholars, researchers, scientists, and the larger world of learners.“The information that was and is available to museum visitors is incredible,” he says, “the research that is used to provide the public with exhibitions is a product of the Libraries. The Libraries are the ‘unsung heroes’ of the Smithsonian.” This endowment enables us to provide academic support and resources to the museums through our individual libraries, staff members, and various locations.