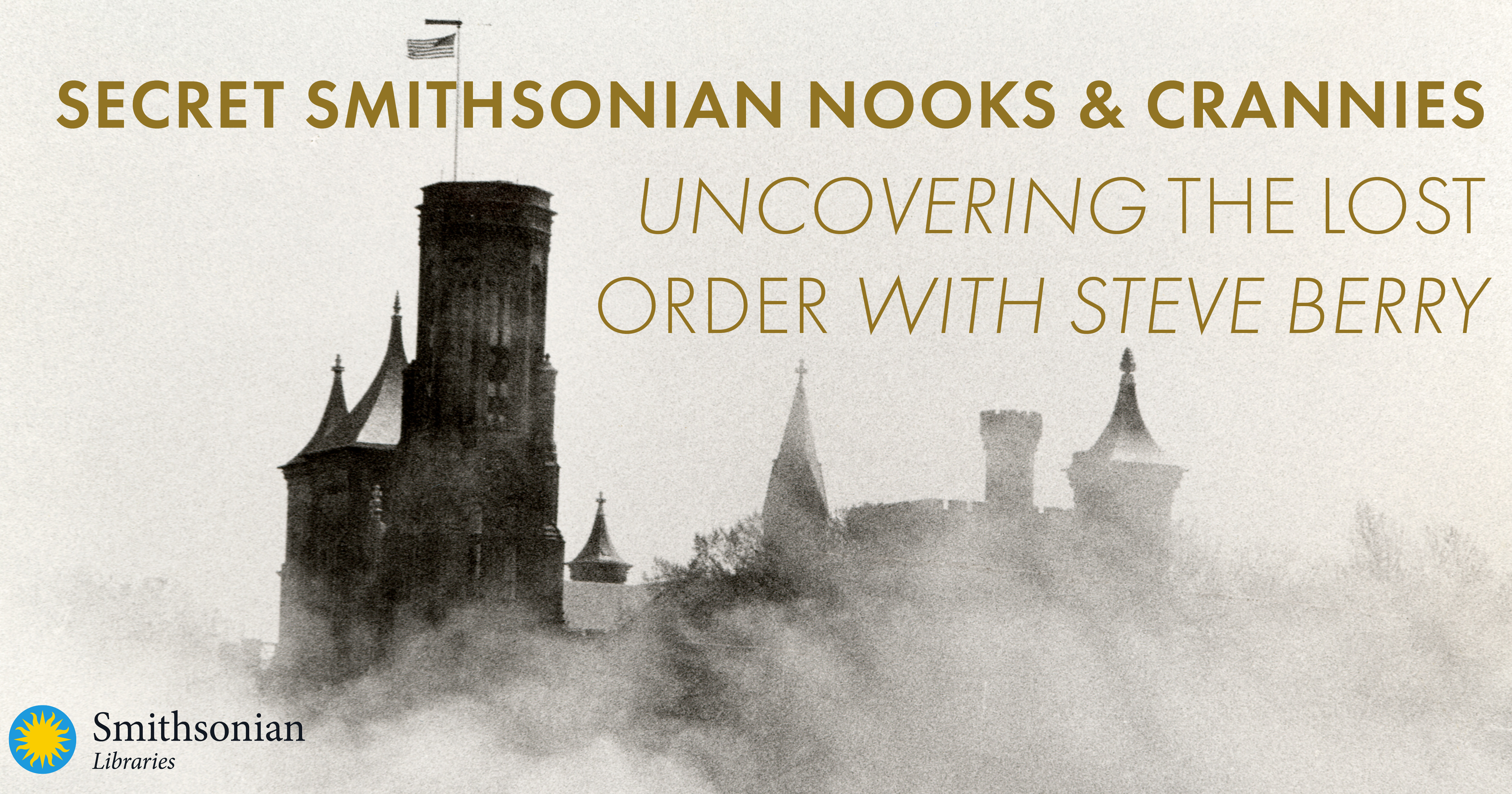 With an almost 175-year history, the Smithsonian is full of little-known stories and secret spots the public never sees. It has long been the inspiration for and played a part in popular media, such as movies, television, and books.

Registration
The event was hosted as a Zoom webinar, and registration was required.

How to Join the Live Event
After registering, you will receive a confirmation email from Zoom containing information about joining the program.

Speaker Information
Steve Berry is the New York Times and #1 internationally bestselling author of nineteen novels, which include: The Warsaw Protocol, The Malta Exchange, The Bishop’s Pawn, The Lost Order, The 14th Colony, The Patriot Threat, The Lincoln Myth, The King’s Deception, The Columbus Affair, The Jefferson Key, The Emperor’s Tomb, The Paris Vendetta, The Charlemagne Pursuit, The Venetian Betrayal, The Alexandria Link, The Templar Legacy, The Third Secret, The Romanov Prophecy, and The Amber Room. His books have been translated into 40 languages with 25,000,000 copies in 51 countries. They consistently appear in the top echelon of the New York Times, USA Today, and Indie bestseller lists.

History lies at the heart of every Steve Berry novel. It’s his passion, one he shares with his wife, Elizabeth, which led them to create History Matters, a foundation dedicated to historic preservation. Since 2009 Steve and Elizabeth have crossed the country to save endangered historic treasures, raising money via lectures, receptions, galas, luncheons, dinners, and their popular writers’ workshops. To date, 3,500 students have attended those workshops with over $1.5 million dollars raised.

Steve’s devotion to historic preservation was recognized by the American Library Association, which named Steve its spokesperson for National Preservation Week. Among his other honors are the Royden B. Davis Distinguished Author Award; the Barnes & Noble Writers for Writers Award given by Poets & Writers; the Anne Frank Human Writes Award; and the Silver Bullet, bestowed by International Thriller Writers for his philanthropic work. He has been chosen as both the Florida and Georgia Writer of the Year. He’s also an emeritus member of the Smithsonian Libraries Advisory Board. In 2010, a NPR survey named The Templar Legacy one of the top 100 thrillers ever written.

Steve was born and raised in Georgia, graduating from the Walter F. George School of Law at Mercer University. He was a trial lawyer for 30 years and held elective office for 14 of those years. He is a founding member of International Thriller Writers—a group of nearly 6,000 thriller writers from around the world—and served three years as its co-president.

Elizabeth Berry co-founded and co-operates 1,001 Dark Nights Press and Blue Box Press—marketing companies that work to increase bestselling author brands and expand readership within the romance genre. Since its first release in 2014, 1001 Dark Nights has sold over 3,000,000 units across its various innovative projects. Utilizing author-to-author and author-to-reader relationships, along with innovative marketing concepts, Elizabeth and the team will continue to explore cutting edge concepts well into the future.

Elizabeth has a Bachelor of Business Administration from the University of Georgia and also studied international marketing at the University of Innsbruck in Austria. Both areas of study have allowed her to gain twenty-plus years of experience in the ever-changing marketing field.

She proudly served on the Education Committee for the Smithsonian Libraries Advisory Board, and, with her husband, novelist Steve Berry, operates History Matters, a non-profit foundation dedicated to historic preservation.

Thank you to our generous sponsor of this program!
Sponsor: Anonymous

We're still seeking sponsors. If you're interested in learning more about this opportunity, please contact our Advancement team.