On the Way to Memphis 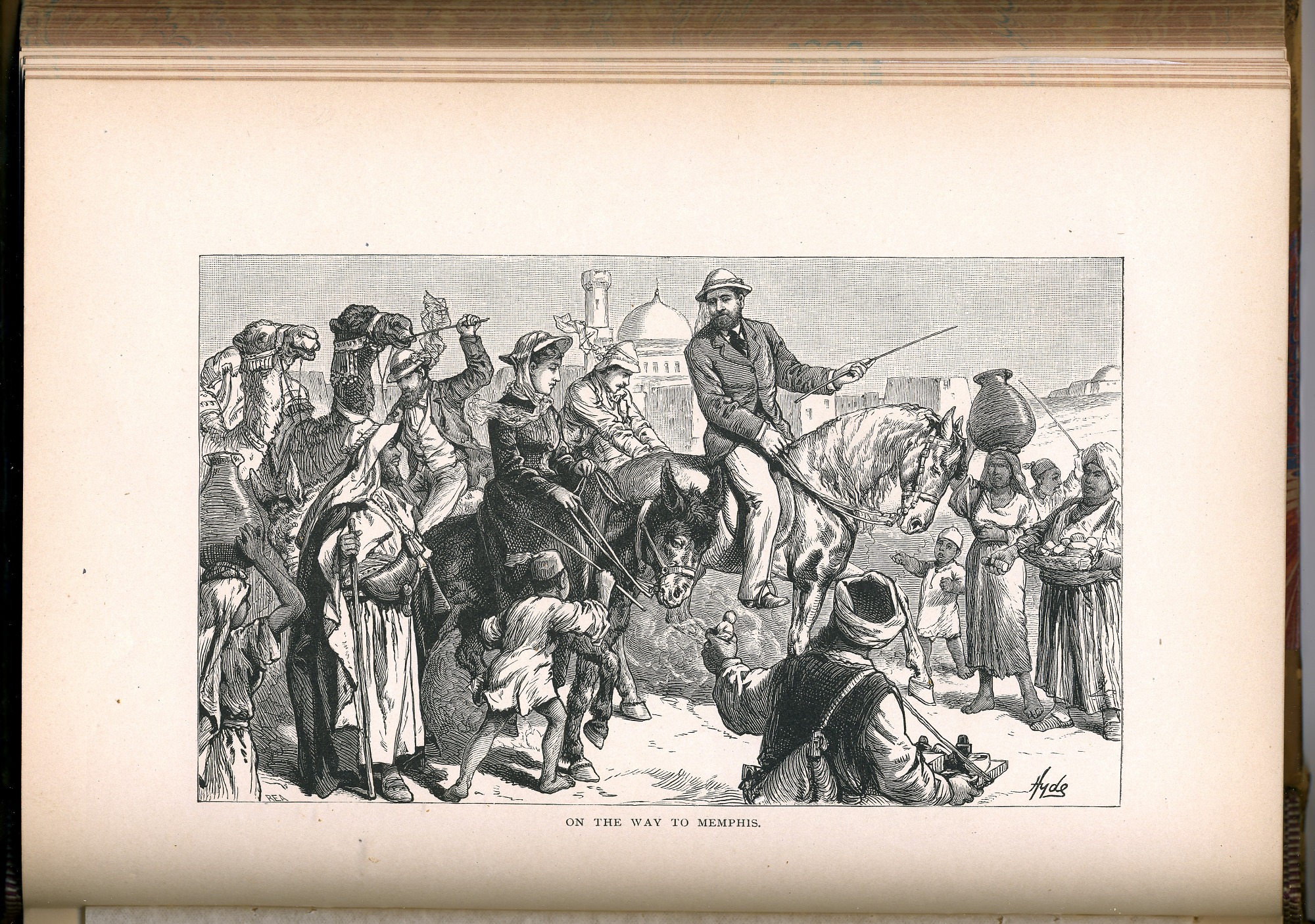 Image ID: SIL-SIL28-48-11
Cite this: Young, John Russell. 1879. Around the world with General Grant: a narrative of the visit of General U.S. Grant, ex-president of the United States, to various countries in Europe, Asia, and Africa, in 1877, 1878, 1879. To which are added certain conversations with General Gran.. v. 1, New York : The American News Co.
Supplied Caption: President and Mrs. Grant on horse and donkey (p. 278)
Original Caption: On the Way to Memphis
Tag(s): Travel and Voyages, Statesmen and Politicians, American Travelers in Egypt: 1870-1903
Topic(s): Geography
Find in: Library Catalog
Download: Image
No Copyright - United States
Request copy of image
How can I use this image?