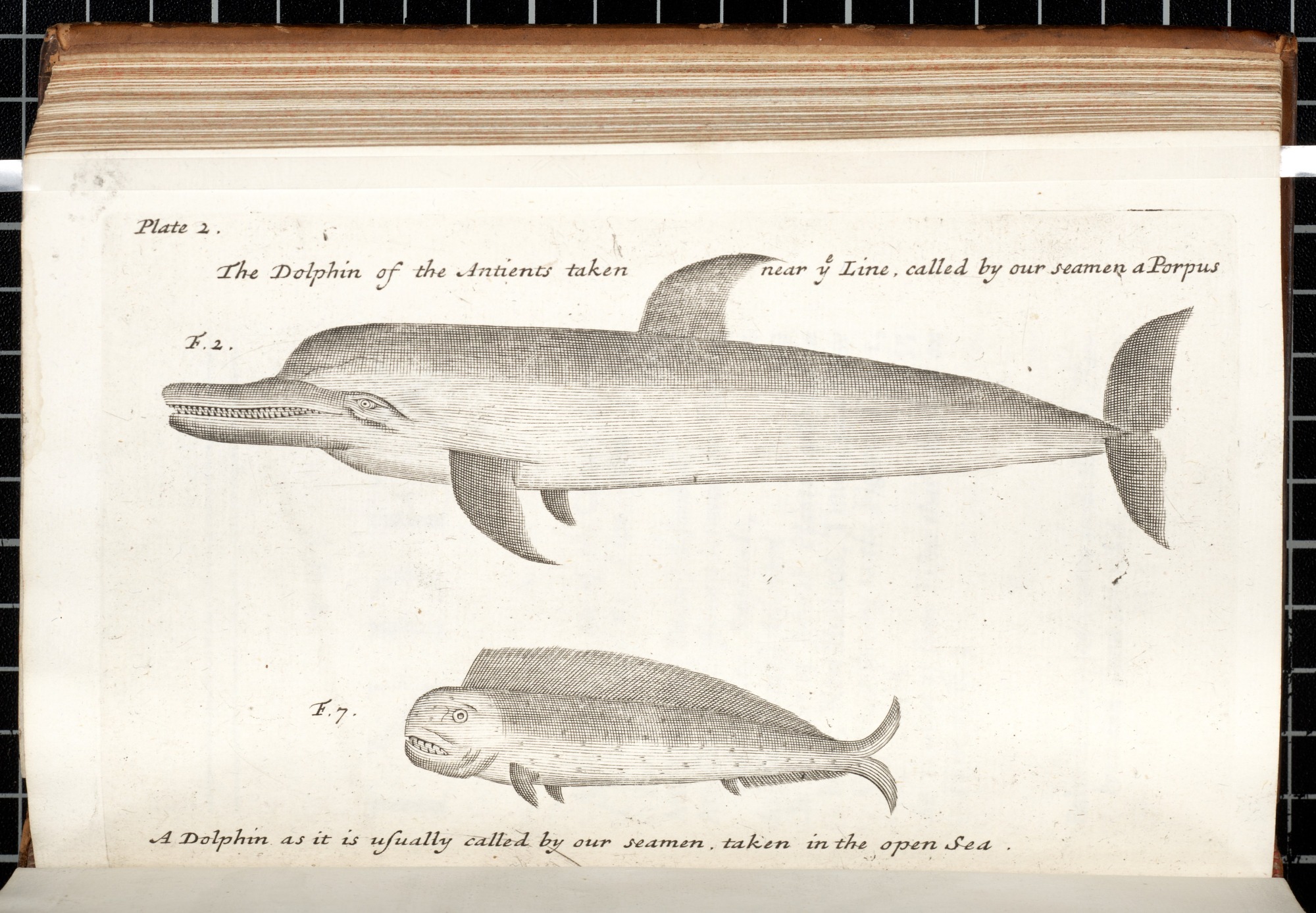 Image ID: SIL-SIL33-148-06
Cite this: Dampier, William. 1709. A continuation of A voyage to New-Holland, &c. in the year 1699 : wherein are described, the islands Timor, Rotee and Anabao, a passage between the islands Timor and Anabao, Copang and Laphao bays, the islands Omba, Fetter, Bande and Bird, a descrip.., London : Printed by W. Botham.for J. Knapton.
Supplied Caption: Porpoise and Dolphin fish.
Original Caption: The Dolphin of the Antients taken near ey Line. Called by our seamen a Porpus. A dolphin as it is usually called by our seamen, taken in the open sea.
Tag(s): fish, mammals, dolphin
Topic(s): Geography
Find in: Library Catalog
Download: Image
No Copyright - United States
Request copy of image
How can I use this image?