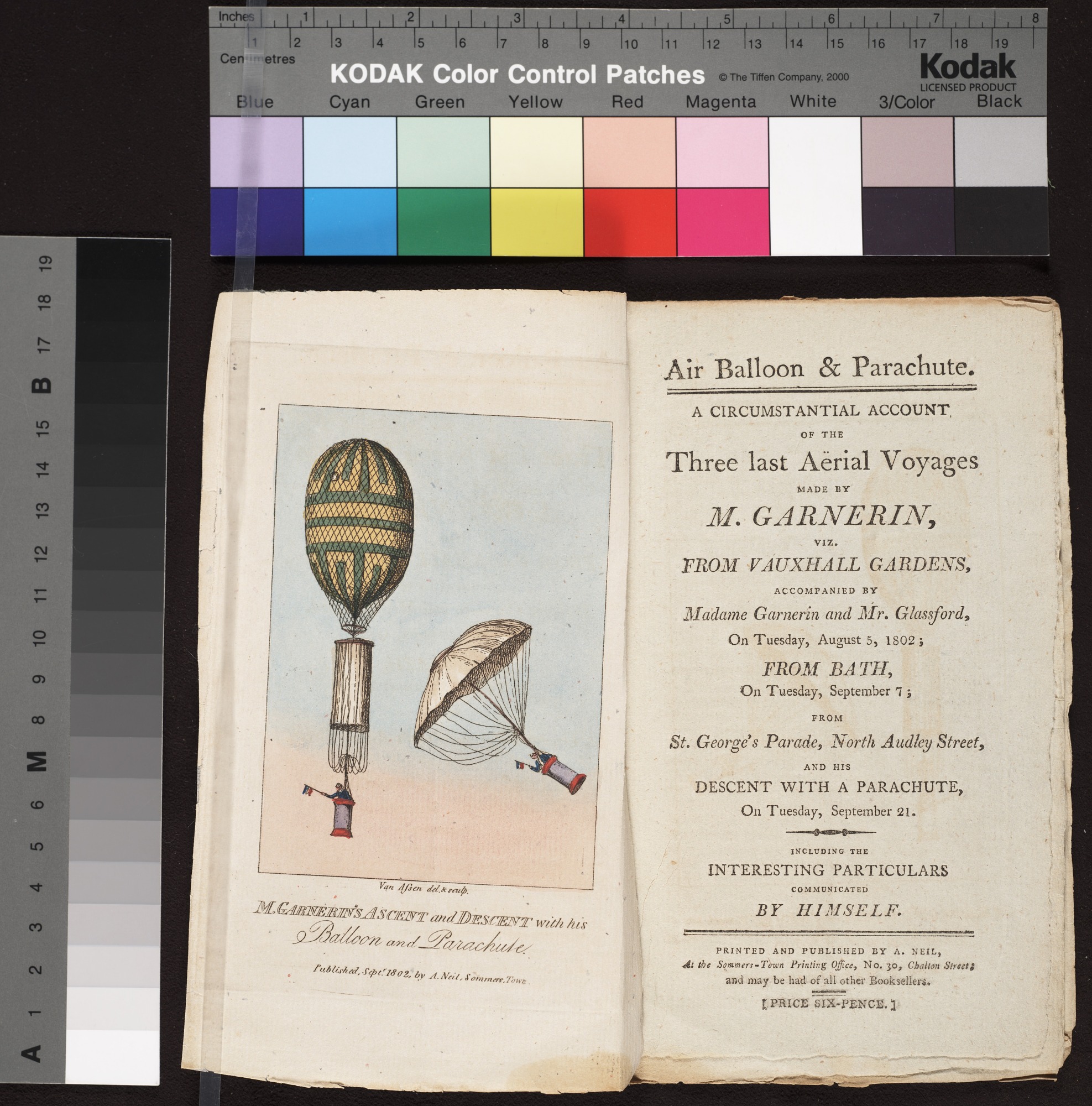 Image ID: SIL-SIL28-177-03
Cite this: Garnerin, Andre Jacques. 1802. Air balloon & parachute : a circumstantial account of the three last aerial voyages made by M. Garnerin, viz. from Vauxhall Gardens, accompanied by Madame Garnerin and Mr. Glassford, on Tuesday, August 5, 1802 from Bath, on Tuesday, September 7 fr.., Sommers Town : Printed and published by A. Neil.and may be had of all other Booksellers.
Supplied Caption: Smithson was only eighteen when the first balloon was launched, and like many of his contemporaries he probably retained a fascination for this great triumph (which had been brought about through his science, chemistry) all his life. He knew a number of the early aeronauts, as they were called. He probably saw one of Garnerinís ascents in London in 1802. Garnerin was famous for parachuting out of his balloon, as seen in this illustration.
Original Caption: M. Garnerin's Ascent and Descent with his Balloon and Parachute
Subject(s): Balloon ascensions, Parachuting
Tag(s): James Smithson Collection, balloon, parachute, Book Arts and Design, Smithsoniana, Travel and Voyages
Collection(s): Smithson's Library
Topic(s): Aeronautics
Find in: Library Catalog
Download: Image
No Copyright - United States
Request copy of image
How can I use this image?