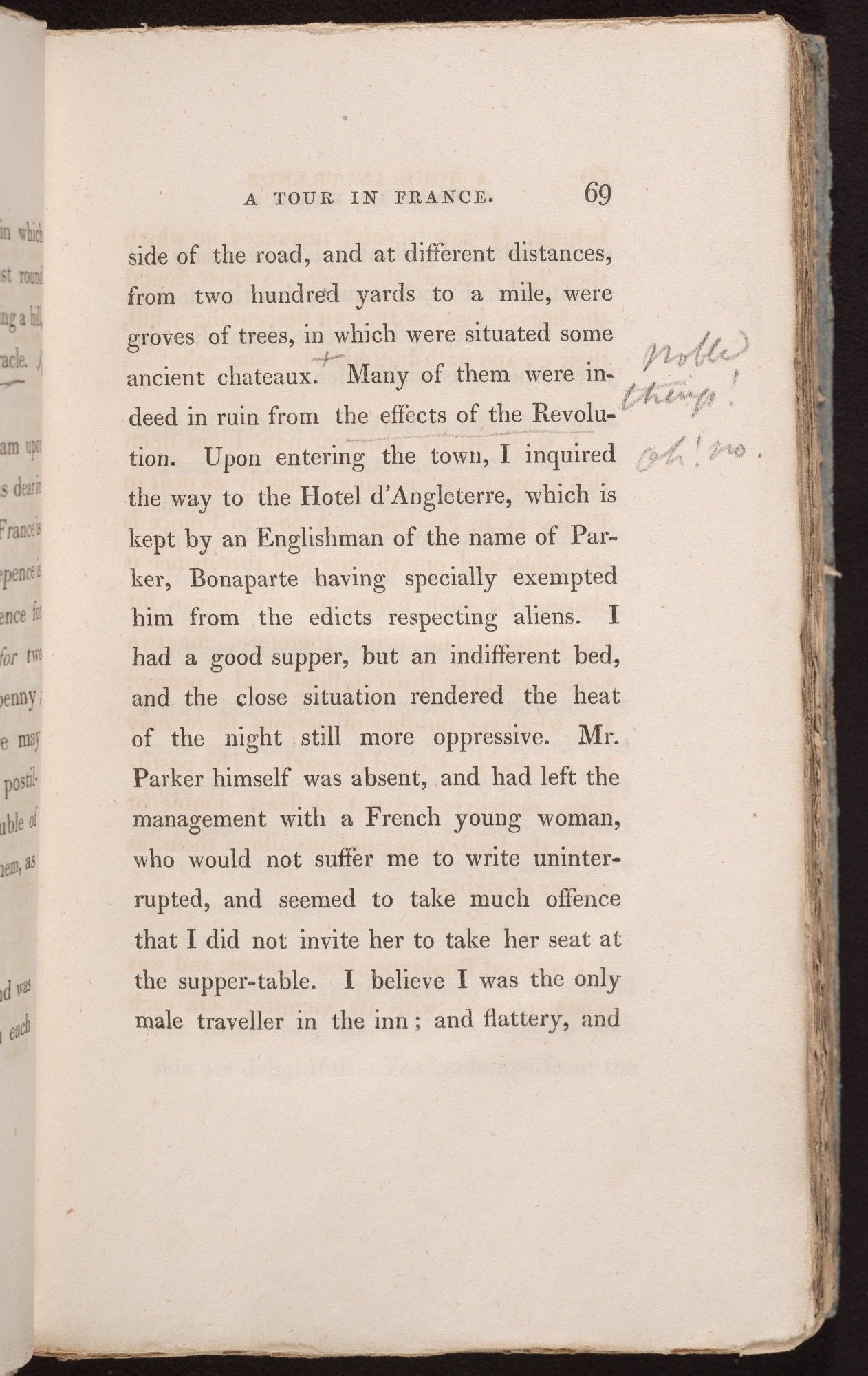 Image ID: SIL-SIL28-204-08
Cite this: Pinkney, lieutenant-colonel (Ninian). 1814. Travels through the south of France and in the interior of the provinces of Provence and Languedoc, in the years 1807 and 1808 : by a route never before performed, being along the banks of the Loire, the Isere, and the Garonne through the greater pa.., London : Printed for Gale.Curtis.and Fenner.by S. Hamilton.
Supplied Caption: Here is an example of Smithson's annotations in the Pinkney guide to France. It illustrates Smithson's humor and sarcasm, as well as his contempt for the reverence accorded inherited privilege—something that wore heavily on him on account of his illegitimacy and lack of acknowledgment from his famous father, the Duke of Northumberland.
Subject(s): France
Tag(s): James Smithson Collection, Smithsoniana, France, Travel and Voyages, Book Arts and Design, marginalia
Collection(s): Smithson's Library
Topic(s): European History
Find in: Library Catalog
Download: Image
No Copyright - United States
Request copy of image
How can I use this image?