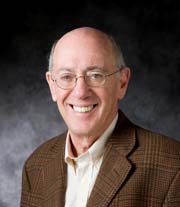 Robert N. Snyder co-founded Cambridge Information Group (CIG) of Bethesda, Md., in 1971, serves as CIG’s Chairman of the Board, and is responsible for the strategic direction and overall management of its operating companies and joint ventures. He served as owner and chairman of National Standards Association from 1976-1993, now part of Information Handling Services, Inc. From 1977-1987 he was owner and chairman of Disclosure Incorporated, which is now part of Thomson Financial Corporation. A civic leader, he currently serves as Co-Chairman of the National Council for the Smithsonian National Museum of the American Indian. He also serves on the board of the Washington Hospital Center Foundation, the National Theater in Washington, DC and the Board of Ambassadors for Johns Hopkins Project Restore. He is a former Member of the Board of Governors of The National Aquarium in Baltimore and a former Associate Trustee of the Library Board of Overseers of the University of Pennsylvania. Bob holds a B.S. in Accounting from Babson College, Babson Park, MA and a J.D. from Brooklyn Law School, Brooklyn, NY. He is a member of the Bars of the State of New York and the District of Columbia. He and his wife Judy collect art and live in Bethesda, Md., and Florida.