Men hunting an elephant from a hot air balloon. 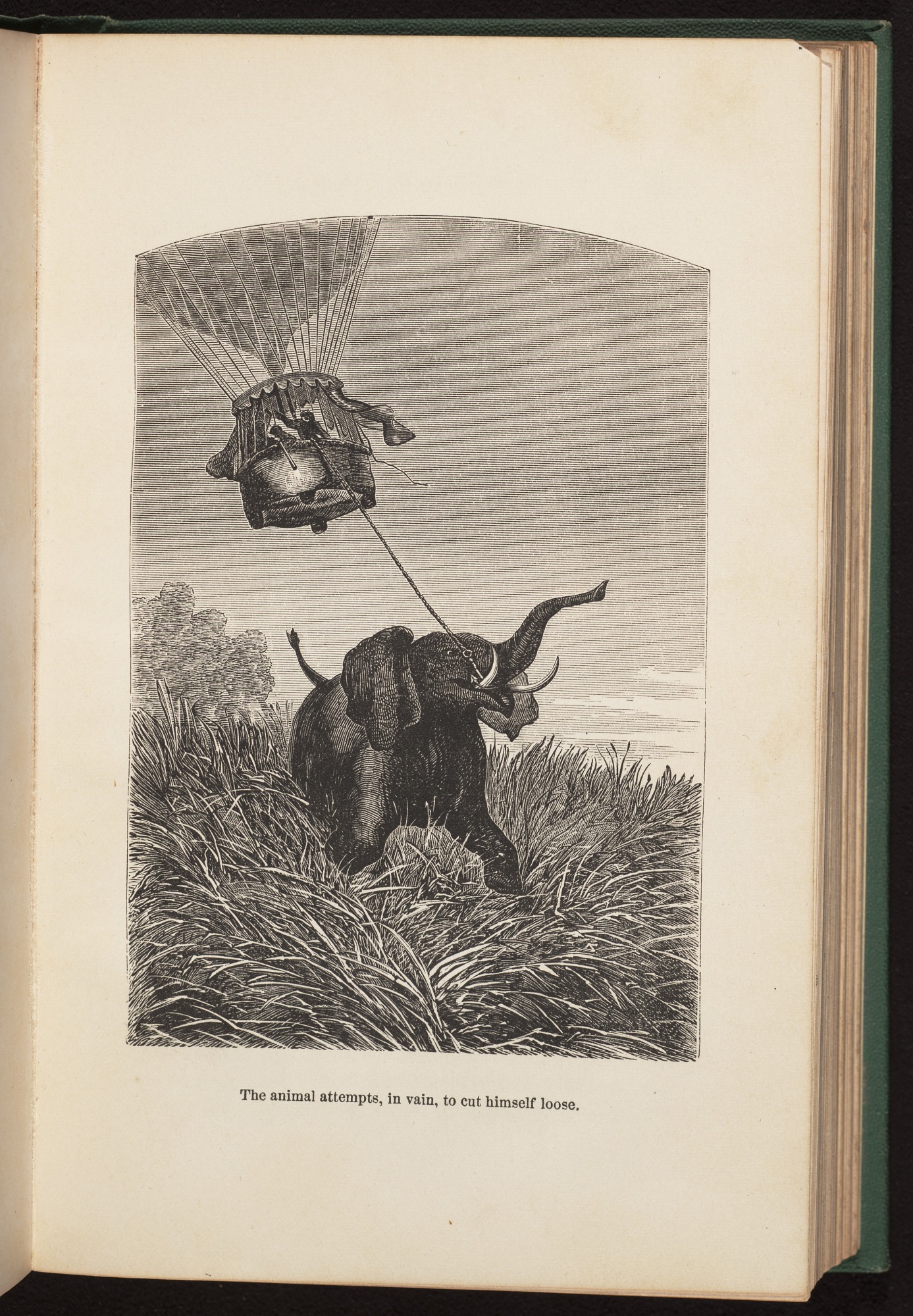 Image ID: SIL-SIL28-093-05
Cite this: Verne, Jules. 1869. Five weeks in a balloon or, Journeys and discoveries in Africa, by three Englishmen., New York : D. Appleton & co.
Supplied Caption: Pirate publishers in the U.S. had to create their own illustrations. The engraver's art was highly developed, and the French engravings were quickly copied. Note the absence of the engraver's name, Riou, on this illustration compared with the French edition. The French editions used plates made from woodcuts, this illustration may actually be be a steel engraving.
Original Caption: The animal attempts in vain to cut himself loose.
Tag(s): Elephants, mammals, Balloons
Topic(s): Language and Literature
Find in: Library Catalog
Download: Image
No Copyright - United States
Request copy of image
How can I use this image?