"Diana and Satellite" in From the Earth to the Moon 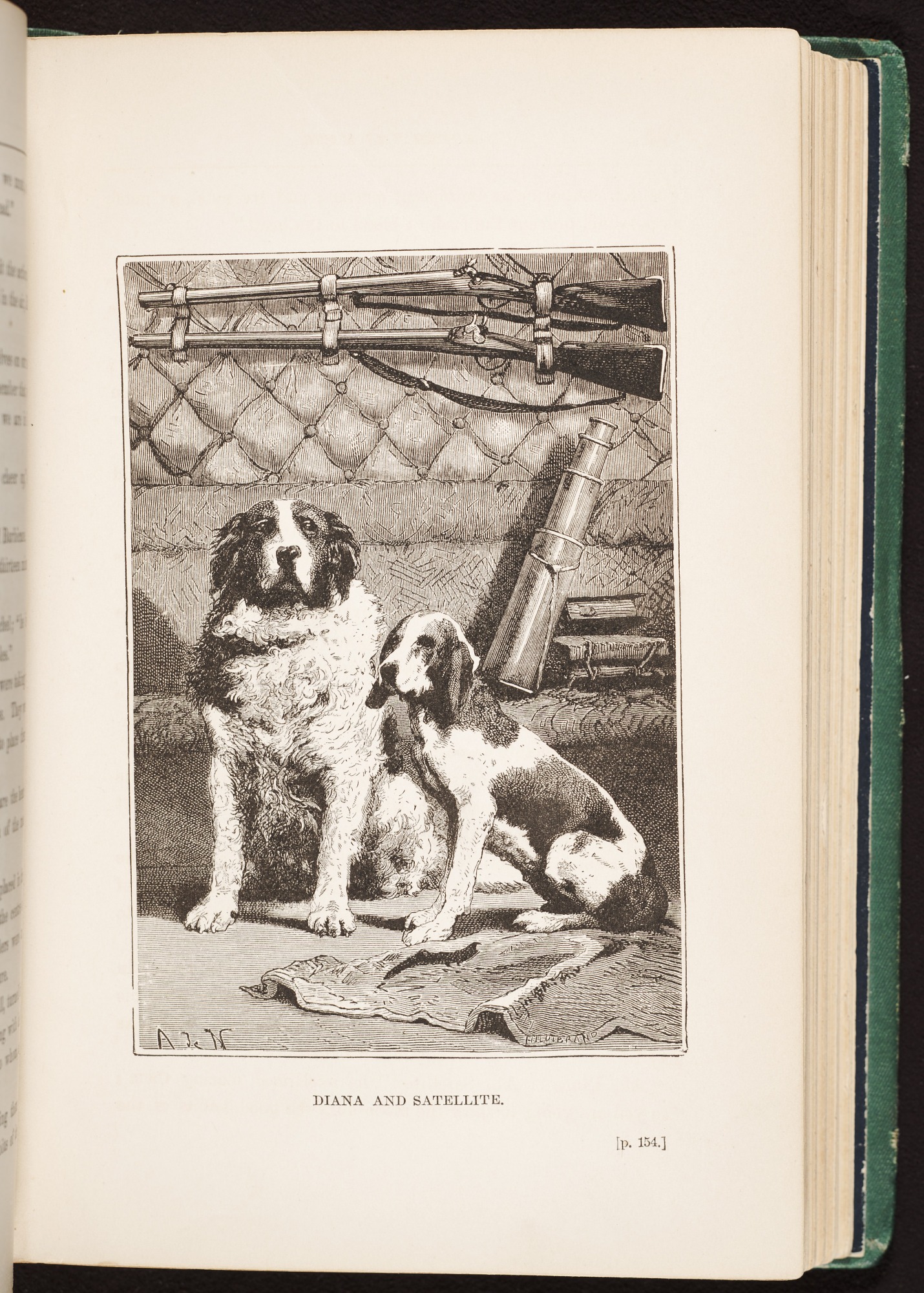 Image ID: SIL-SIL28-090-12
Cite this: Verne, Jules. 1874. From the Earth to the Moon : direct in ninety-seven hours and twenty minutes, and a trip round it.,New York, Scribner, Armstrong.
Supplied Caption: The two dogs, Diana and Satellite, figure prominently in the first part of the story; they are forgotten when the capsule returns to earth. Verne may have composed the ending much later than the rest of the book.
Original Caption: Diana and Satelitte.
Subject(s): Adventure stories, Astronomy, Voyages and travels, Moon
Tag(s): Dogs, guns
Topic(s): Language and Literature
Find in: Library Catalog
Read: Full Text
Download: Image
No Copyright - United States
Request copy of image
How can I use this image?