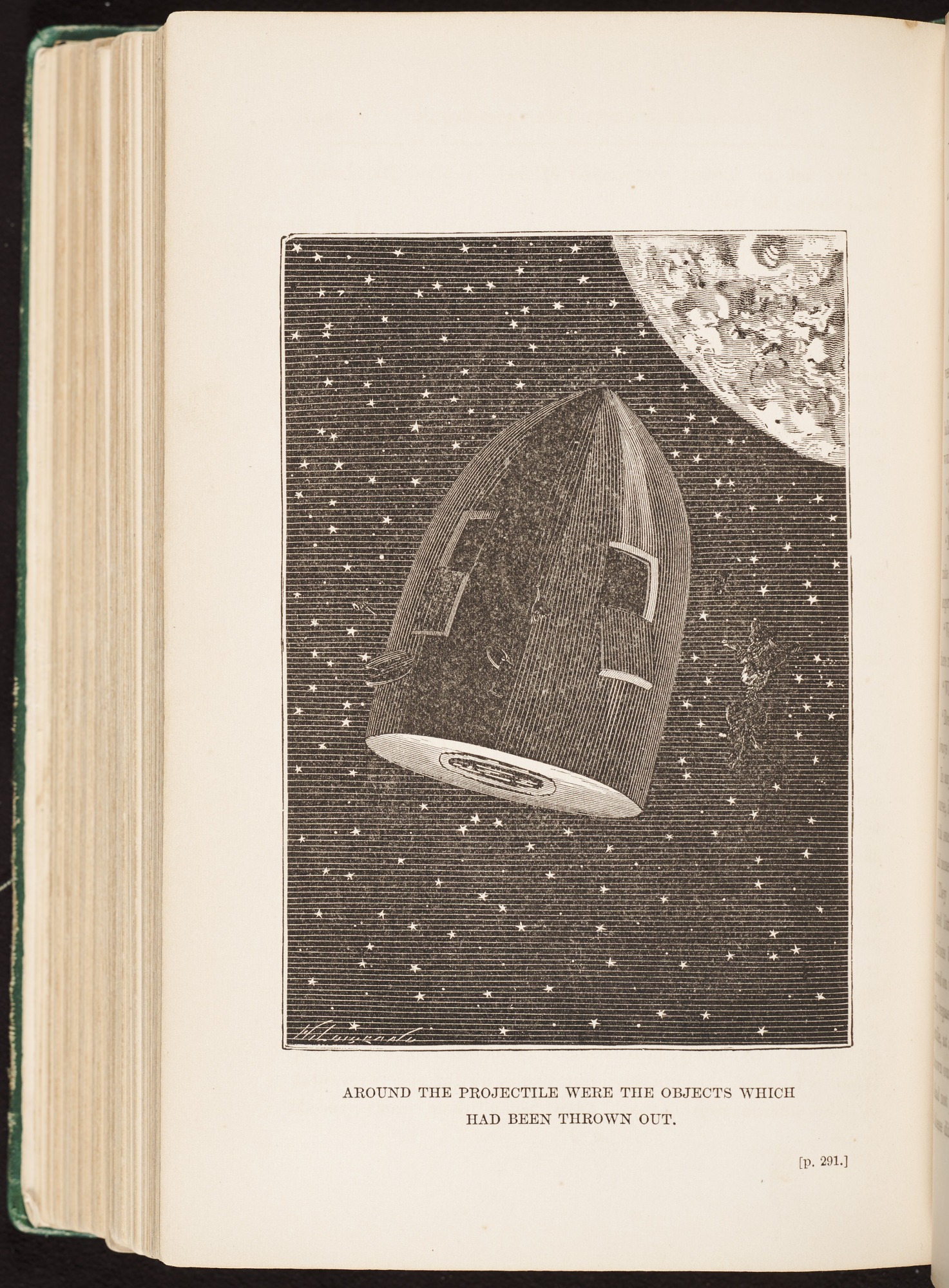 Image ID: SIL-SIL28-090-17
Cite this: Verne, Jules. 1874. From the Earth to the Moon : direct in ninety-seven hours and twenty minutes, and a trip round it.,New York, Scribner, Armstrong.
Supplied Caption: Verne appreciates that objects thrown out of the capsule will travel immutably in the same orbit and with the same speed as the projectile and thus remain near.
Original Caption: Around the projectile were the objects which had been thrown out.
Subject(s): Adventure stories, Astronomy, Voyages and travels, Moon
Tag(s): Moon, stars, Rocket and Space Technology
Topic(s): Language and Literature
Find in: Library Catalog
Read: Full Text
Download: Image
No Copyright - United States
Request copy of image
How can I use this image?